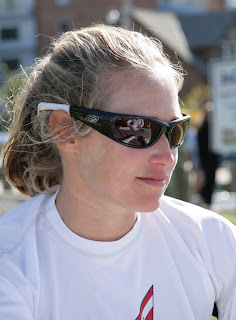 NUEVO VALLARTA, Mexico (October 19, 2011) – Heading into the scheduled “lay day,” Team USA leads in the Lightning and the J/24 classes and stands in medal position in three others through six races of the Pan American Games sailing regatta at the Vallarta Yacht Club.

In addition to the two leaders, the U.S. stands second in the Snipe and Sunfish classes and third in the RS:X Women’s (Windsurfer) class.

“We didn’t see much current on our course that affected anything, but the wind was light and there were puffs of wind throughout the racecourse that changed things rapidly, so you had to be a little lucky to get it,” Jody Lutz said. “There were a couple of times we were lucky and there were also a couple of times we weren’t. We’ll take the way the day went, but for us it could have been a touch better.” 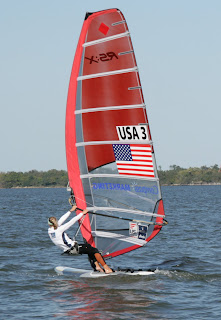 Farrah Hall (Annapolis, Md.) turned in a second straight solid performance in the RS:X Women’s (Windsurfer) class with a third- and a second-place finish. Hall is third overall through six races.

While several boats are well positioned through six races, the U.S. sailors know there is still work to be done. “There’s only a point or two separating three boats,” Jody Lutz said. “The competition is tremendously hard out there. We’re happy just to be in the lead right now, but things can change quickly.”

Each sailing class is slated to race twice per day, with the exception of a scheduled off day Thursday. The medal races, reserved for just the top five in each class, are set for Sunday. The low point total at the end of competition will decide the medalists.