After the volcano madness, I didn't expect to be going back to Hyeres, France. However, at the last minute, the Polish Olympic Team changed the location of a training camp from Kerteminde, Denmark (the venue for the 2010 RS:X World Championships) to Hyeres. The change resulted from the chilly early spring weather in Denmark.
Flights to France were still in slight disarray from the volcano (mostly just too expensive), so I ended up flying nonstop to Barcelona from Newark, New Jersey, and renting a car to drive 600 km to Hyeres, France, a drive which takes about 6+ hours and 40 euros cost for toll each way. I arrived exhausted but just in time to sail the next day. 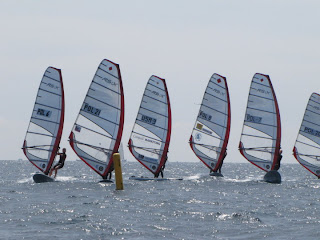 A Hyeres practice start - I'm a little late?
The Polish team sailed two organized sessions on the water every day in windy, sunny, almost hot weather. After working hard on technique all winter, I experienced a few breakthroughs in speed while training with the Polish girls. I also found that my tactics were becoming more solid. I was extremely pleased with how I was sailing. The Polish are also getting faster, most noticeably my teammate Maja (from the youth team), who just made the Olympic team last year. She is going incredibly fast in the breeze! It is nice to see that everyone is improving so fast, but it just means the level keeps getting higher and higher - I'm getting faster, but so is everyone else, making it just as difficult to place higher in the fleet during regattas. 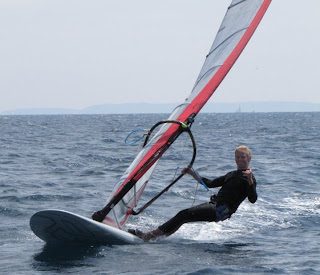 Maja showing some good attitude for the camera
I just arrived in Medemblik, Netherlands, where the Delta Lloyd World Cup regatta begins in five days (May 25). My gear isn't here yet, but I'm really anxious to get on the water as soon as I can. It will be interesting to see if the improvements I've made will be noticeable in the results of this regatta.
Thanks to my great sponsors, Compass Marketing and KA Sails, for making this training and regatta possible!
Posted by Farrah Hall at 3:56 PM No comments: 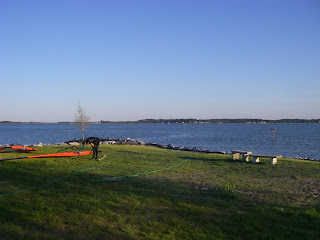 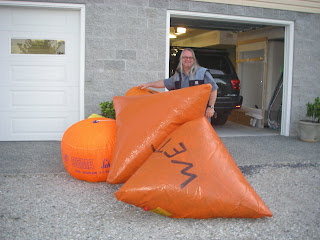 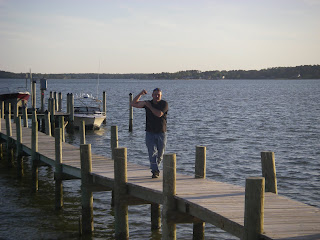 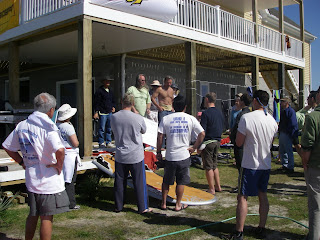 Posted by Farrah Hall at 1:59 PM No comments: