ANNAPOLIS, Maryland; October 6, 2011 – Windsurfer Farrah Hall and Maksymilian Wojcik from the Polish national sailing team are training this week in Annapolis. Hall is the top-ranked windsurfer for the USA after finishing as the top American in the RS:X Female class at the Sail for Gold regatta in Weymouth, UK in June. 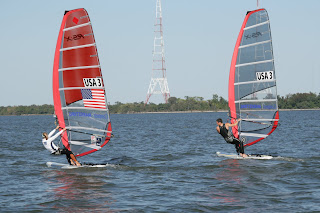 Hall has recently been in Europe competing in windsurfing competitions in Britain and Bulgaria. Later this month, Hall will compete in the 2011 Pan American Games in Puerto Vallarta, Mexico from October 17 to 23. After the games, Hall will head to Australia to begin training for her next qualifying regatta, the Perth 2011 ISAF Sailing World Championships. There she will compete to qualify for the 2012 Olympics.

John White, Chairman & CEO of Compass Marketing is proud to sponsor Hall: “Farrah’s success does not come as a surprise considering the hard work and determination that goes into everything she does. Her success is a direct result of her ability on the water as well as her strong character and conviction in life. She is a role model for everyone by persevering and working hard to accomplish her dreams.” 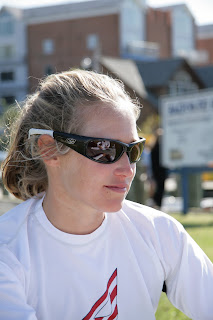 A natural from the start, Farrah Hall acquired a love for the water when she began sailing small sailboats at the age of 13. A devout athlete participating in sports from soccer and lacrosse to basketball and swimming, Hall became involved with triathlons at age 16 and participated in local Olympic distance events around the state of Maryland. Continuing her love for sailing throughout her college career, Hall attended St. Mary’s College in Maryland known for their sailing program and quickly shifted her focus to windsurfing. During the summer of 2002, Hall started racing and soon moved to St. Petersburg, Florida where she began her Olympic campaign. In January of 2011, Hall earned the number one spot in the Miami OCR and recently finished training in Cadiz, Spain with teams from Poland.

Compass Marketing has a long and active history of giving back to the community for a variety of causes through its foundation Compass Cares. Whether it is working with JDRF, the United Way, the Chesapeake Bay Environmental Center, Pathfinders for Autism, Cystic Fibrosis, the International Foundation for Research and Education on Depression (iFred) or many others, Compass Cares brings together clients, customers, employees, family and friends to help make a difference.

Compass Marketing, Inc. is one of the leading marketing and sales company for consumer products in the country. Chairman & CEO John White founded Compass Marketing, Inc., headquartered in Annapolis, MD, in 1998 while working out of his home. For more information visit www.compassmarketinginc.com

To learn more about Farrah Hall, go to http://www.farrahhall.com, become a Farrah Hall fan on Facebook and follow her blog at http://farrahhall.blogspot.com.