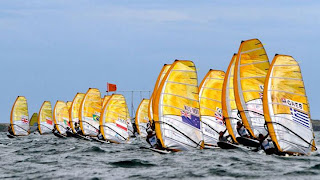 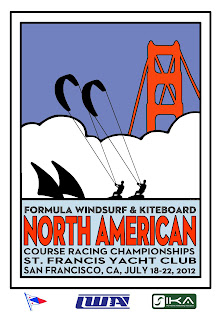 I gave the following quote to Pete DeKay of Windsport Magazine:  I feel we are entering a better and exciting time for the sport of Olympic sailing.  The recent political debacle will encourage change and cooperation within ISAF, and sailors will pay more attention to what happens to their sport, because we now recognize that when unified, we can create change.  It also shows MNAs that windsurfing is here to stay, and that Olympic sailing has a strong need for more exciting and modern classes like windsurfing and kiteboarding.  Already US Sailing is moving forward with ideas for a windsurfing program, a reversal of their previous stubborn lack of support.  I've heard of other MNAs mobilizing their programs....so get ready!  We're also poised to see kiteboard course racing break new ground in participation and organization in preparation for another try for an Olympic spot.  The exposure kiting has gotten over the past few months will only help to grow the new sport.  I'm looking forward to a continued push for improvement and cooperation in both sports, and a big welcome for kiteboarding alongside windsurfing in the 2020 Olympic Games.
Posted by Farrah Hall at 12:12 AM