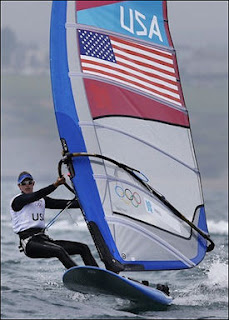 
Annapolis' Farrah Hall Moves Up In Olympic Windsurfing Standings | Baltimore News | WBAL Radio 1090 AM
Posted by Farrah Hall at 1:29 AM