I’ve been without internet for a few weeks so I haven’t updated, but plenty is happening. After leaving Hyeres, I drove back to Barcelona and flew from there to Amsterdam for the Delta Lloyd regatta in Medemblik, Netherlands. 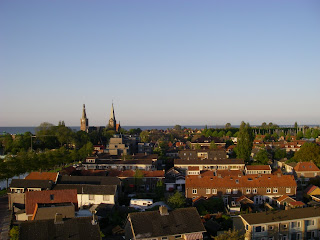 Tiny and cute town!
As the last two World Cup regattas had no wind, all the competitors were hoping for some breeze for Delta Lloyd. We ended up with a few days of wind and a few days of waiting until the last minute for wind. The boards raced on the same course as the 49ers, and sharing the course meant that we were pushed back late in the day. Oftentimes we got off the water around 8 pm, making for some rushed nights. Overall, I sailed quite well. I am rediscovering my strength in the breeze, and had some successful front-third of the fleet finishes, and 2/3 fleet finishes in light wind. It was a great start to the season and overall probably the best conditions this year at a World Cup regatta. 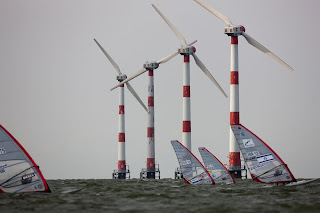 Windmills close to the course 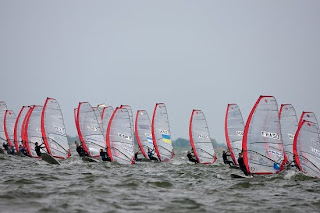 A start in breezy conditions
After the regatta, I took the train to Amsterdam to collect my minivan, which arrived in the port during the regatta. It was suspiciously easy to retrieve it from the port and drive it away. Immediately we loaded it with gear and people, and off we went on an overnight drive to Poland, where I’m currently training with the youth team at an academic / sport facility in Gdansk. 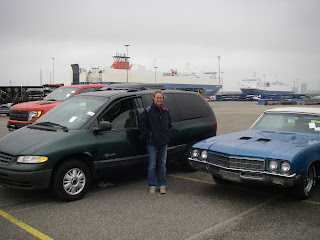 Reunited with my best friend in Amsterdam
Posted by Farrah Hall at 3:27 PM